What is Periodontal Disease and How to Prevent it?

Richard J. Stuart, DDS Blog What is Periodontal Disease and How to Prevent it? 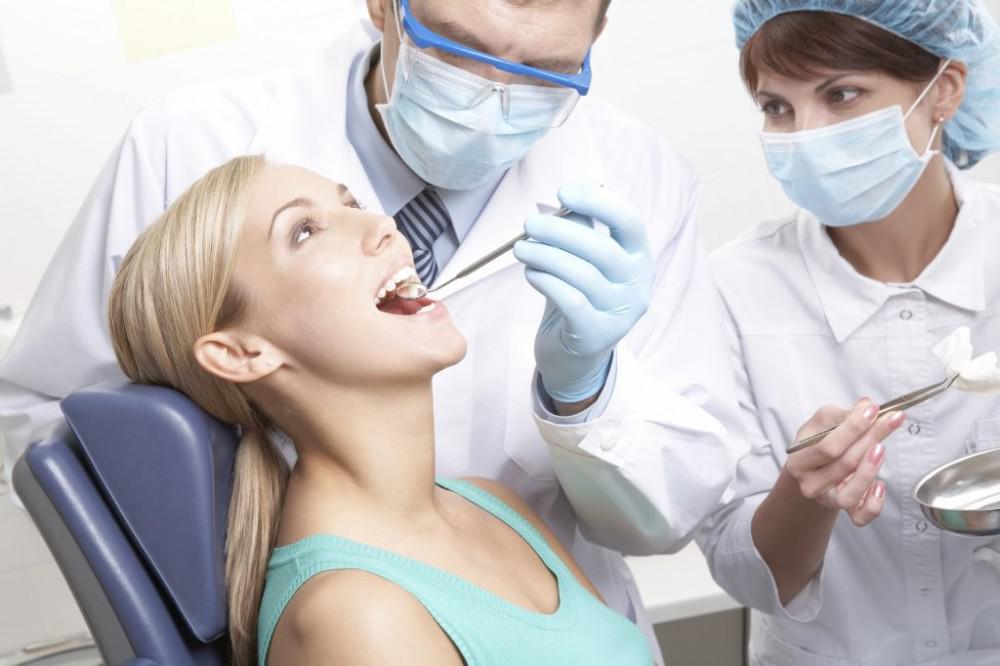 Gingivitis is a mild inflammation/irritation of the gum (the flesh around the teeth also referred gingiva) as a result of an excess of plaque (accumulation of bacteria on teeth) in the mouth. Gingivitis is the earliest and mildest of all periodontal diseases, and it is commonly found in teenagers. It could be acute/short-lived or chronic/prolonged; its symptoms are redness of the gum margins, swelling of the gums, and bleeding when brushing. Unlike periodontists, signs of gingivitis are not always visible. Gingivitis does not require surgical treatment but can be contained or cured through an active practice of personal oral hygiene.

Periodontists on the other, unlike gingivitis, is not common in teenagers but adults. Periodontists is the advanced stage of gingivitis. Periodontists affects not only the gums but also the bones and supporting tissues of the mouth. It starts by pulling the gum tissues away from the teeth, then forms pocket formation, the spaces between the tooth and gums, which could over time lead to chronic periodontal destruction and further leading to loss of the tooth or multiple teeth.

Gingivitis may not cause pain and can progress to periodontists without one’s knowledge and cause the gums to worsens until there is tooth loss. Although the damage caused by periodontists seems beyond cure, it can be prevented.

Possible symptoms of periodontists include re-occurrence of swollen or bleeding gums; pain when chewing; poor teeth alignment; pockets between the teeth and gums, sores in the mouth; sensitive teeth; bad breath; and persistent metallic taste. Periodontists could be chronic, aggressive or narcotizing periodontists.

Narcotizing Periodontists, also referred to as acute narcotizing ulcerative gingivitis, can damage tissues, ligaments, and bones of the mouth. Narcotizing periodontists is most common in smokers, malnourished people, or people with immune deficiency, such as HIV/AIDS.

Genetics play vital role in determining the risk for periodontitis as it is believed that genetics could explain why some patients with good plaque control have advanced periodontitis, while some with poor oral hygiene are free from the gum diseases. Some people are naturally more susceptible to periodontal disease because of their heredity. If any of your relatives have had periodontal disease, you may be at increased risk.

There are other factors that though will not lead to periodontal diseases, can lead to more severe illness if inflammation is already present. They are as follow:

Smoking makes periodontal disease resistant to treatment, and the more you smoke, the higher the risk. Smoking and tobacco use increase the risk of periodontal disease as tobacco leads to the acquisition of more tartar on the teeth, creates more pockets or tooth pulling which eventually leads to bone loss as the condition gradually grow. By quitting the use of tobacco you can greatly decrease the chances of having periodontists.

These factors make brushing and flossing of teeth the difficult which is likely to aid plaque and tartar formation around gingival (the gum) line, thereby increasing the chance of developing periodontal disease. There are special tools and ways of threading floss to clean around bridgework or slide under braces. And if overcrowded or crooked teeth are a problem, consulting a dentist is highly recommended for assistance.

Stress is another factor that can worsen periodontal diseases or even make its treatment complex. Stress weakens the body’s general immune system, which makes it harder for your body to fight off infections of any sort.

Conditions or diseases such as diabetes, are more likely to lead to periodontists and could become more severe. Other conditions, such as leukemia, inflammatory bowel disease, and HIV infection, also can increase the risk. Any of the above mention diseases is sure to make treatment of periodontal disease more difficult, but with the help of a dentist (a periodontist to be precise) gum disease is controllable.

Medications of different types can lead to xerostomia (dry mouth), including antidepressants, diuretics, and high blood pressure. Without the protection of adequate amounts of saliva, the plaque is more likely to form. Therefore, making the gums enlarge and further cause the gums harbor plaque. Some of these medications include phenytoin (Dilantin and other brand names), used to control seizures; cyclosporine (Neoral, Sandimmune), used to suppress the immune system; and nifedipine (Adalat, Cardizem, and others) and other calcium channel blockers used to treat angina or heart arrhythmias.

Poor diet is also a very vital factor in the development and worsening of periodontal diseases. Diet is essential for overall good health to include a correctly functioning immune system as well as a healthy mouth.

Stroke caused by blocked arteries may increase as a result of gum disease.

Clogged arteries and heart disease whose risk may be increased by Gum disease. Research further made it known that gum diseases can worsen existing heart disease.

Diabetes coupled with the presence of periodontal disease makes the control of blood sugar difficult.

Research has been able to point at other diseases that are more likely to be developed or worsened as a result of gum diseases. Some of the disorders are:

Periodontitis could require surgery if it becomes severe. If nonsurgical therapy is found to have been unsuccessful, periodontal surgery may be needed to stop progressive bone loss and regenerate lost bone where possible. Surgical treatments for gum diseases focus on pockets reduction, lost bone, and tissue regeneration, excessive gum tissue removal, soft tissue grafting on the gums to cover exposed bone and prevent tooth loss. Regular dental checkups and a perfect oral hygiene routine are keys to successful treatment of gum disease.

Non-surgical treatments of gum diseases focus on antibiotics and a non-surgical deep-cleaning procedure called tooth scaling and root planning. These deep-cleaning techniques remove tartar and plaque from underneath the gum line. Doxycycline may be given to support the primary therapy of scaling. To avoid killing beneficial oral microbes, only small doses of doxycycline (20 mg) is used.

A home remedy for gum disease includes injecting antimicrobial solutions like hydrogen peroxide in pockets using slender applicators or oral irrigators. This process disrupts anaerobic microorganism colonies and is effective at reducing infections and inflammation when used daily. Meanwhile, some other products are serving the same purpose as hydrogen peroxide; but can be very costly. It is pertinent to note that a home remedy does not address tarter formations, and so are short-lived, as anaerobic microbial colonies quickly regenerate in and around tarter.

When experiencing the symptoms of either gum disease (gingivitis or periodontitis), one needs to visit the dentists to increase the chance of preventing the disease.

Telehealth: The Advantages of Telemedicine

Struggles to get to the clinic? Trying to reduce your exposure to COVID-19, as well as other contagious illnesses, and still need to see your doctor? Telehealth is safe and easy — receive quality care from anywhere. 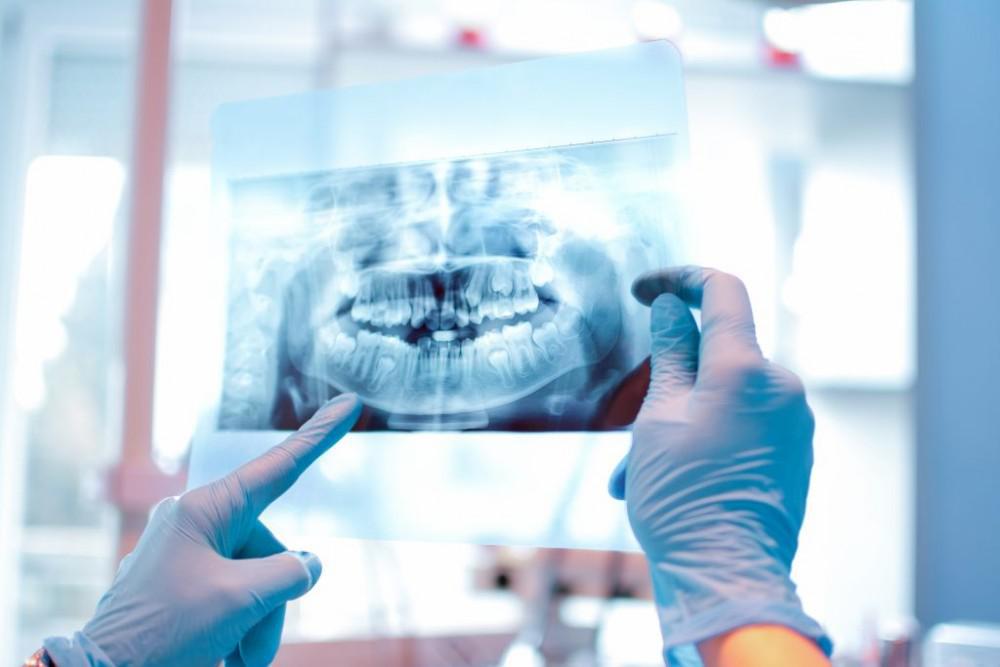 Habits That Harm Your Teeth 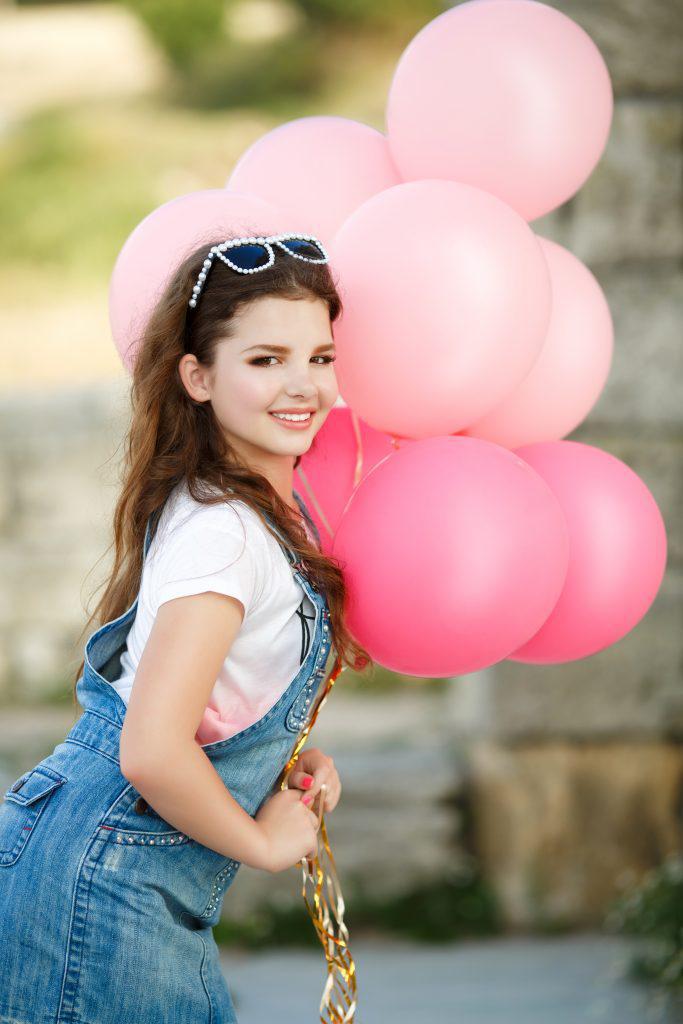 Is Chewing Gum Good or Bad For Your Teeth & Overall Health?

If you ask several people whether chewing gum is good for your health or detrimental to it, you are likely to get several different answers. This is because chewing gum is a mixed bag when it comes to your dental and overall health... 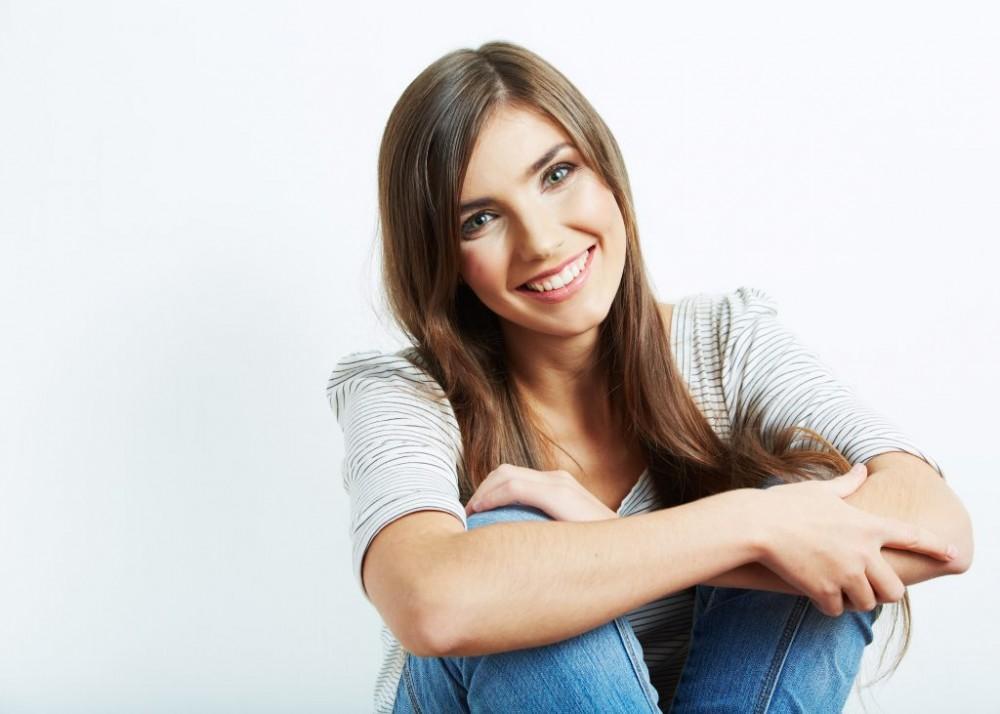 The most frequent question about tooth whitening kits is, “Do they really work?” Whether you’ve had expensive tooth whitening treatments done at your local dentist or have simply been putting up with increasingly dull-looking teeth... 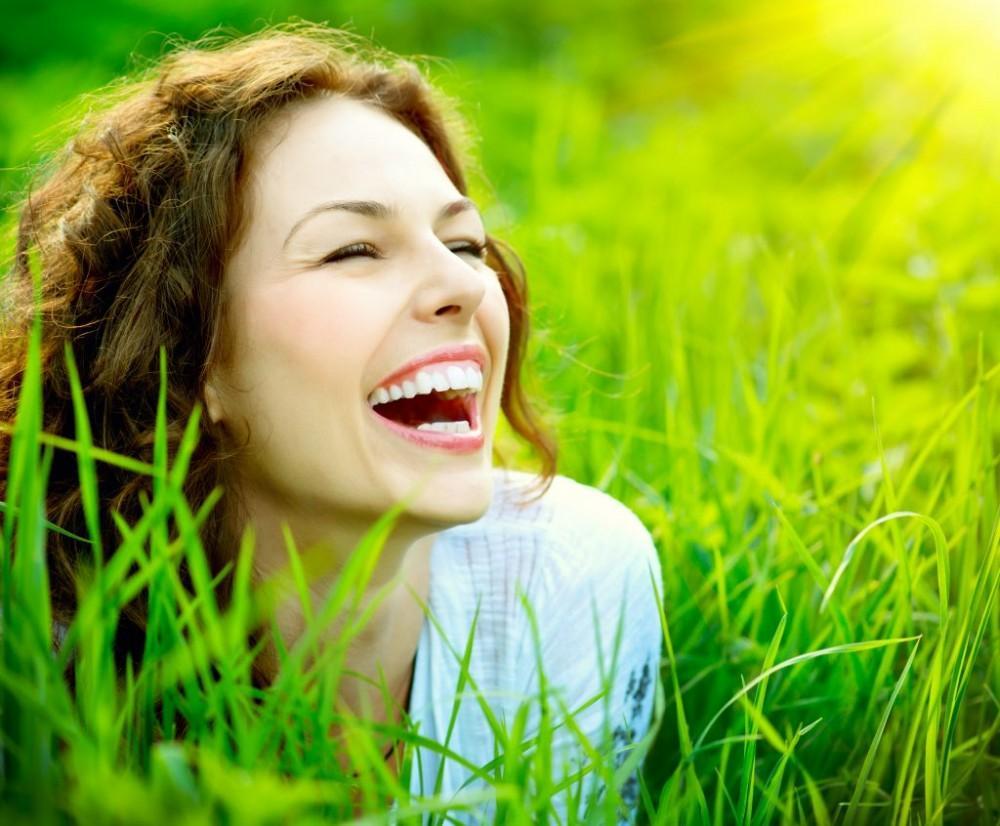 What is Oil Pulling, And Does It Actually Work?

Oil pulling as we know it today has been around for thousands of years and originated in ancient India as an Ayurvedic practice used for “purifying” the body by “pulling” toxins out through the gums and mouth using oil as an adsorption (pulling) medium. 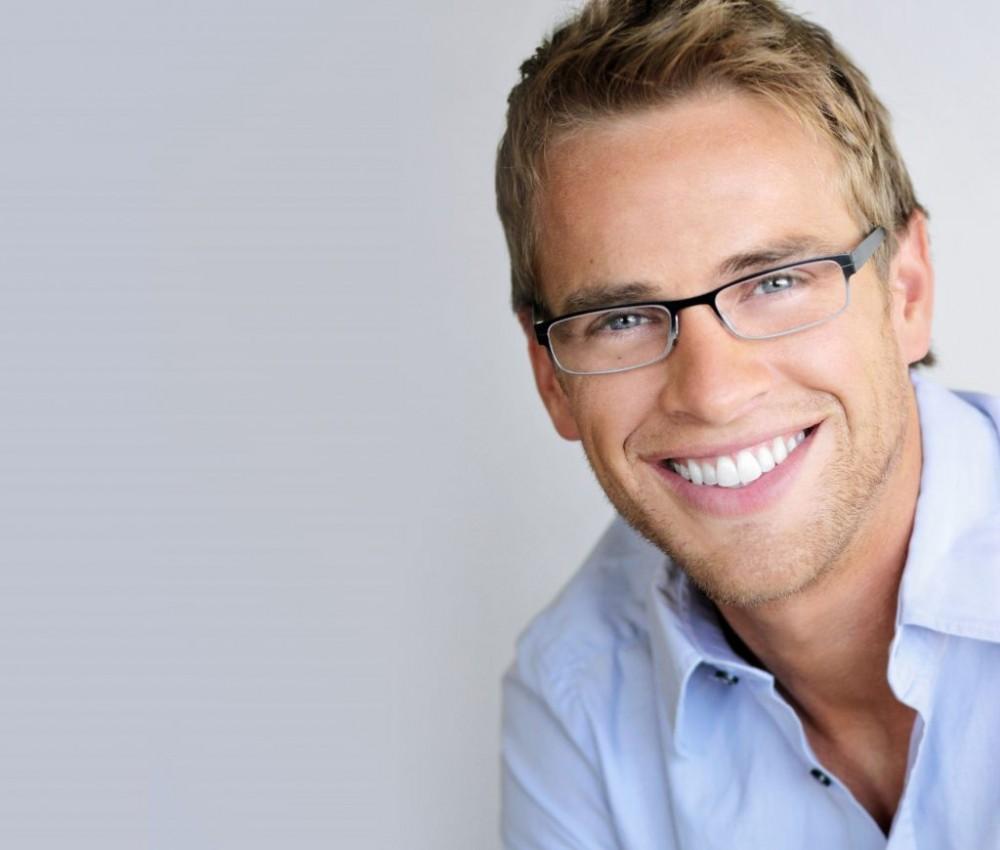